Both Castle Irvine and Ulster Region SJI Pony Committee would like to say a heartfelt thank you to everyone who helped make their pony show on Sunday 19th June such a success which raised such a large amount of money for Air Ambulance NI. This generous total came from entry fees, donations, donations of prize money from the children on the day, a raffle ran by Thyolo Equestrian and Chocolate Fountains WCM who ran a guess the 5p’s competition. 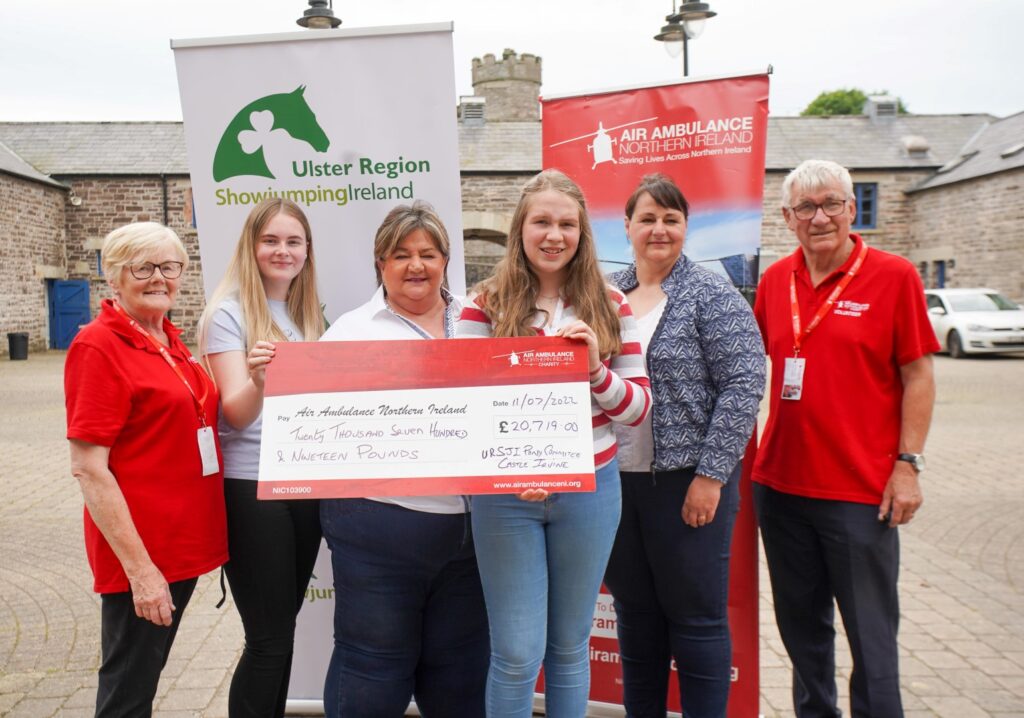 Aldyth Roulston representing the Ulster Region SJI Pony Committee and Hannah Gallagher representing Castle Irvine ably assisted by Jessica Baxter and her mother Janette handed over the cheque to Myrtle and George Irvine representing Air Ambulance on Monday 11th July. Ray Buchannon, Chairman of the Ulster Region stated, ‘We are overjoyed with the amount of money that has been raised of Air Ambulance NI. I would like to thank all of the show sponsors and those who donated to this very worthy cause. The support shown has been truly exceptional.’ 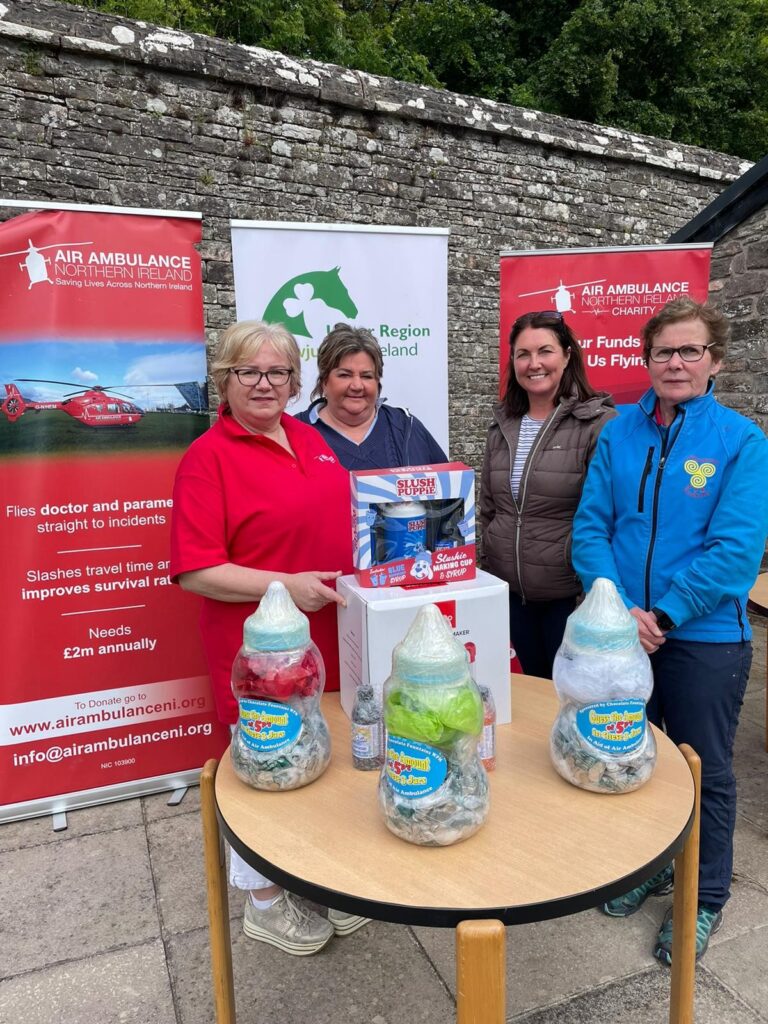 Guess the amount of 5p’s’ Kindly donated by Mary of Chocolate Fountains WCM, which raised a total in excess of £1000.

Jessica who had a riding accident at a showjumping event last September had to avail of the Air Ambulance NI service when she was airlifted to the Royal Victoria Children’s Hospital, where she spent 9 weeks. Jessica and her family are deeply indebted to this crucial service and would like to take this opportunity to thank the Air Ambulance NI, Doctor Geoff McCracken, the show paramedic on the day and the NI Ambulance Service who all provided aid to Jessica. 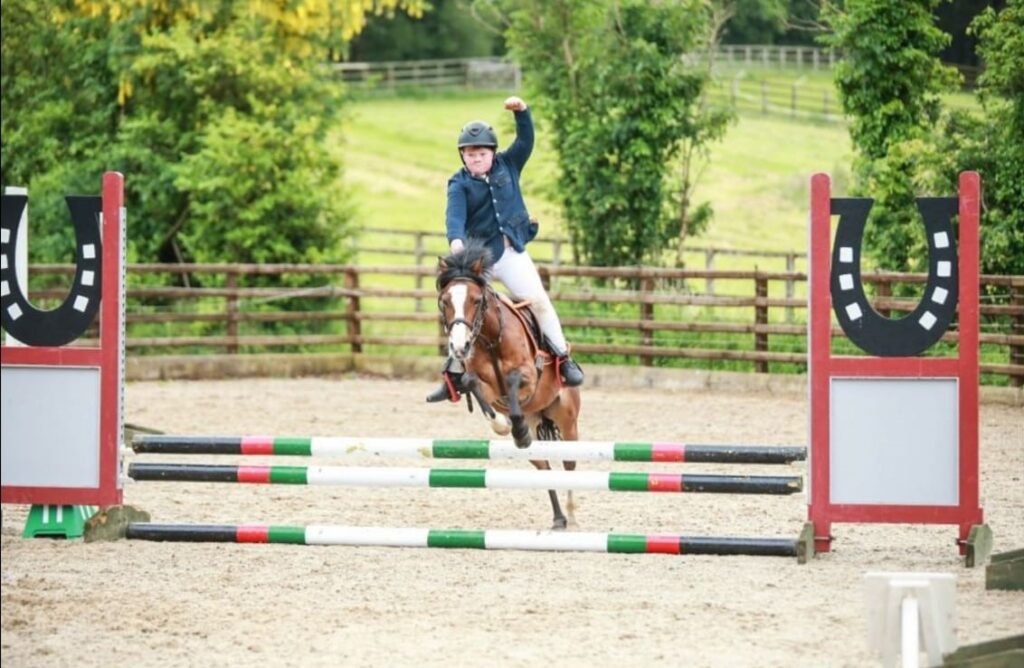 10 Year Old Liam Kelly from County Donegal celebrating his win on Helas Babe. Liam like so many of the other children on the day at the Ulster Region Pony Committee SJI Pony Charity Show very kindly donated all of his prize money to Air Ambulance NI Charity. These kind donations from the children raised £500 for the charity.

There were almost 350 entries competing in classes from 128 50cm to 148 1.20m to Children on Horses and Junior 1.20m. A lot of these competitors had travelled from all over Ireland and stayed locally for the weekend.  We would like to say thank you to all our sponsors who kindly gave prize money for all 18 classes to run the show. Aldyth Roulston from Ulster Region SJI Pony Committee said, “We have seen first-hand the incredible work that the Air Ambulance Crews do and are only delighted to help keep this work going. I am in awe of the amount of money we managed to raise. I would like to take this opportunity to thank Hannah Gallagher from Castle Irvine and their incredible team for all of their hard work and support. This was a joint venture between the SJI Pony Committee and Castle Irvine. I would also like to say a heartfelt thanks to everyone who supported us in anyway, we had people donating and competing from the length and breadth of Ireland. Donations rolled in long after the show ended. 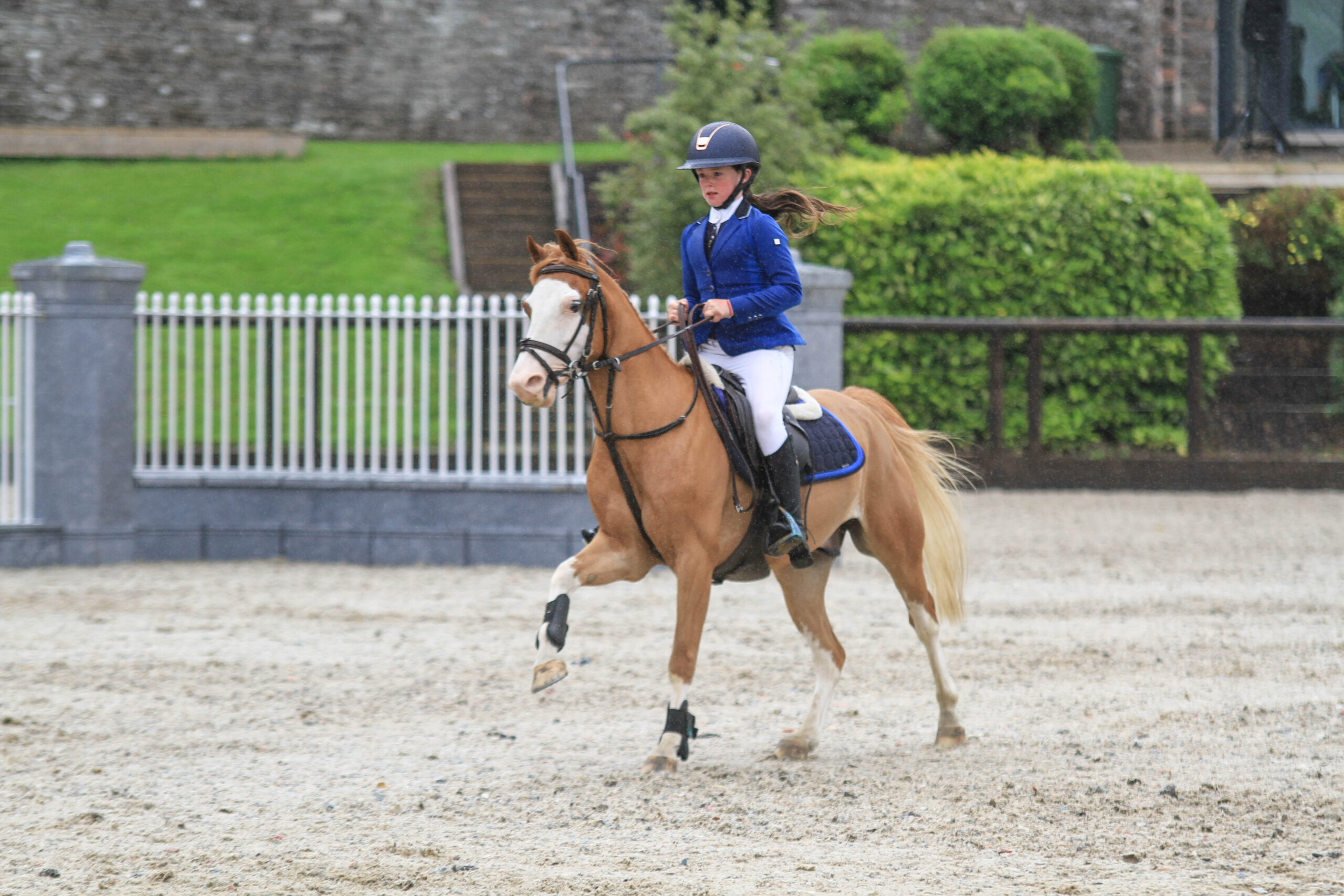 Damien McAnespie, Air Ambulance NI fundraising manager, said, “I want to thank everyone that supported or participated in the Ulster Region Pony Committee charity pony show a few weeks ago at Necarne. The family and friends of former patient Jessica,
as well as the equestrian community, have come together in support of Air
Ambulance NI and have raised enough to fund the service for nearly four days,
potentially saving the lives, brains and limbs of up to eight individuals
following a serious trauma or medical incident here in Northern Ireland. It is
truly amazing support, and we greatly appreciate it.”