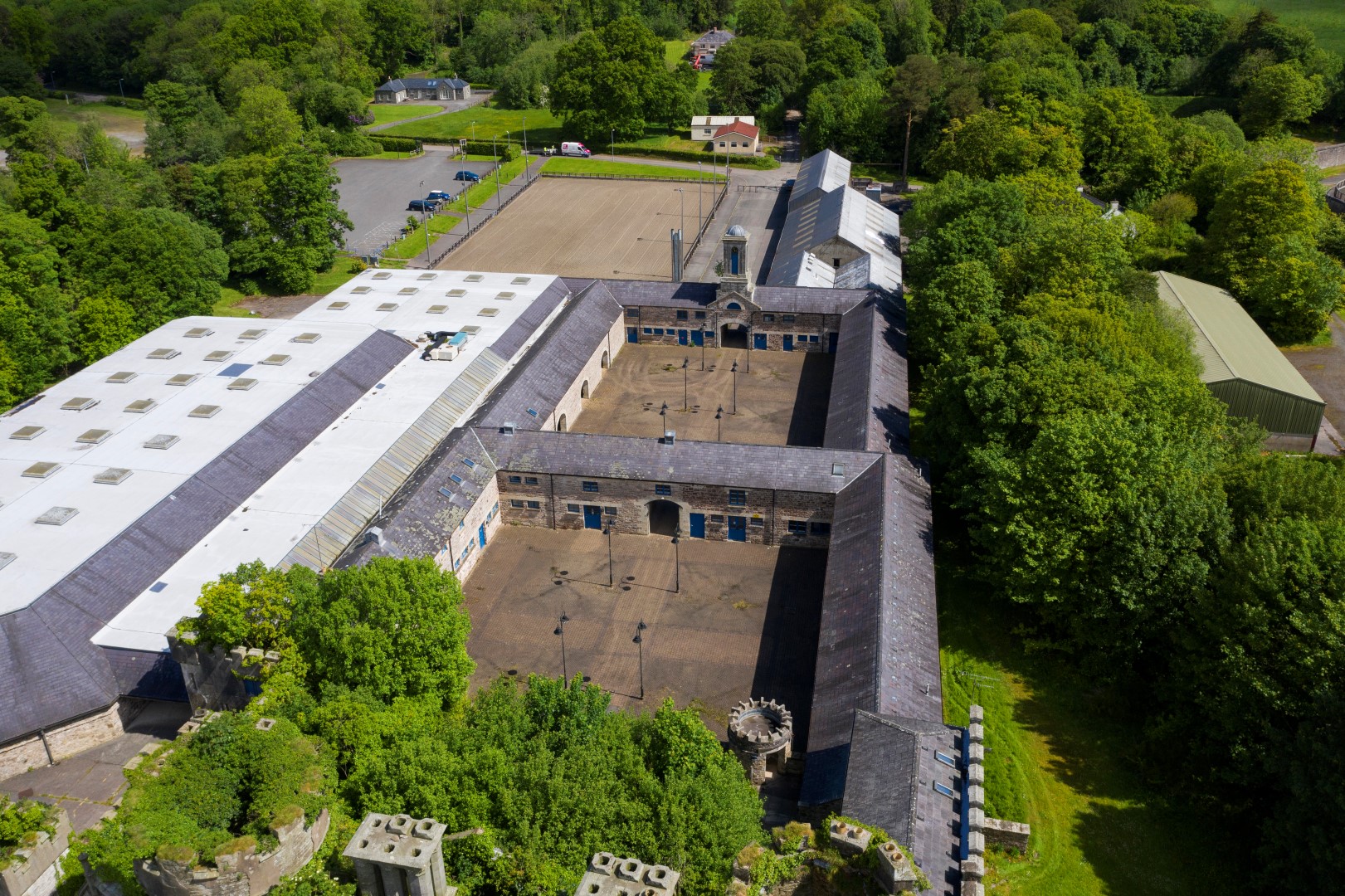 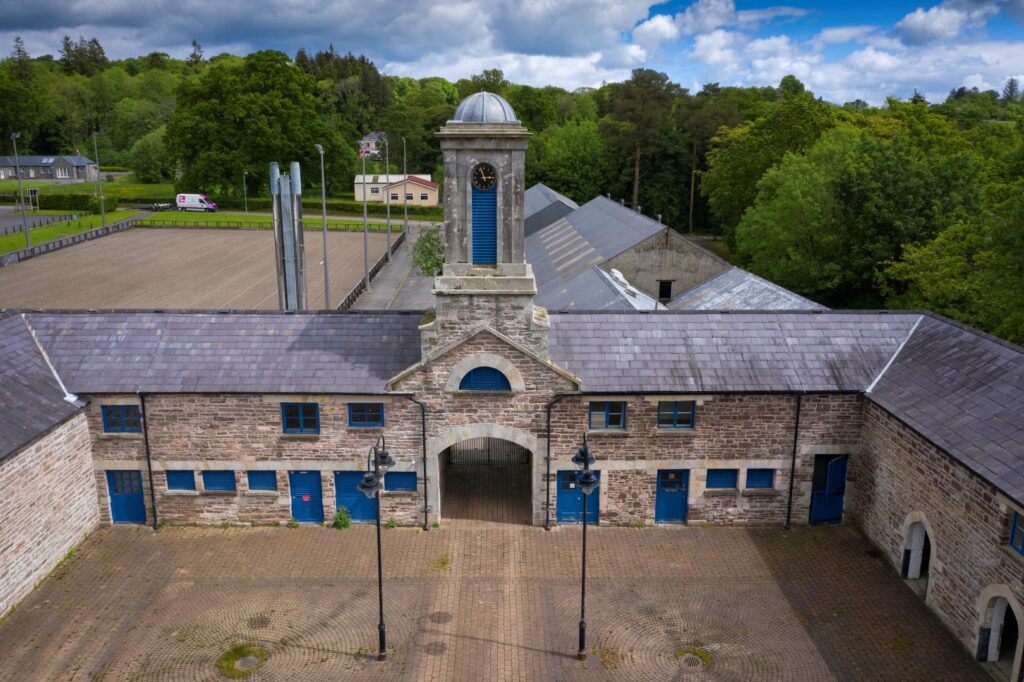 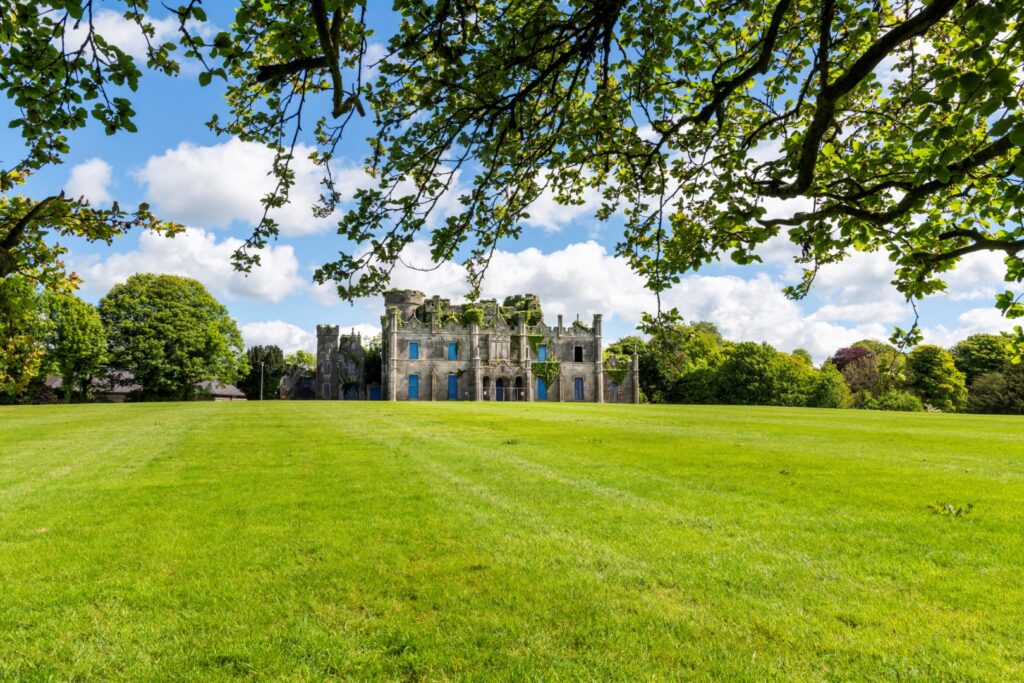 Castle Irvine, also known as Necarne Castle, lies south of the town of Irvinestown, in County Fermanagh, in Northern Ireland.

The core of Necarne Castle is a castle which was built in the 17th century by Gerard Lowther as part of the plantation of Ulster. In 1629, the lands were leased to Christopher Irvine and the Irvines remained there until 1922.

In the 1830’s the castle and park were rebuild and a Victorian style wing was built against its south west facade amongst other things.

In 1925, Captain Richard Outram Hermon, from Sussex, bought the castle. In 1927 an extensive restoration of the castle and its gardens was started while Captain Hermon and his new wife went off on a world cruise. The estate was turned into a haven for shooting parties and Lord Mountbatten and Prince Bernhard of the Netherlands were once guests at Necarne Castle.

In 1941 Necarne Castle was requisitioned by the United States Navy. It originally had 200 beds but was soon enlarged to a 500 bed institution and released to the American Army. The castle, then the 28th Station Hospital, cared for recuperating American soldiers and RAF personnel. After the war the castle was never inhabited again and fell to ruin.

Fermanagh District Council bought the Necarne Castle estate in 1981; and in 1988 The NI Department of Agriculture leased the estate on a 25-year basis from them. In the last decades the outbuildings of the castle have been used as a student facility for the Enniskillen Agricultural College as the Necarne Castle Equine College.

Fermangh & Omagh District Council began the search for a new operator for the estate in 2014 following the Agricultural College relocating their Equine Courses to Enniskillen.

Gardrum Holdings Ltd agreed a lease of the estate from 2020.

The park around Necarne Castle can freely be visited during daytime. The ruin of the castle itself is boarded up, so its interior can not be visited. 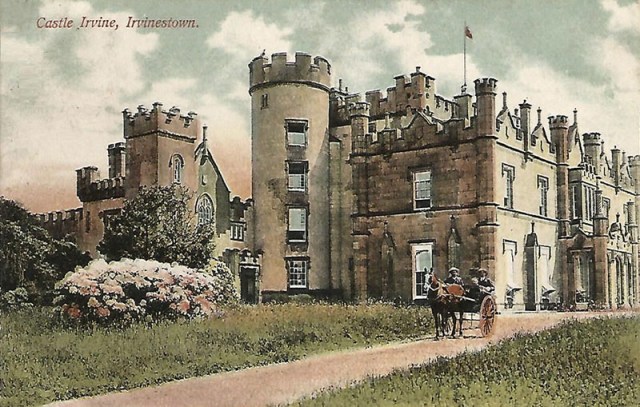